E.M.E.N > News > Resilience of diverse cities and communities in times of crisis

Resilience of diverse cities and communities in times of crisis

After the success of the first online event, the second webinar of the #UnlockingDiversity series will take place next week!

Resilience of diverse cities and communities in times of crisis

In our globalised times of constant changes, diversity has become a fact of life in Europe.

It is sufficient to wander around a European city to see how our societies are more diverse than they have ever been. This diversity – or, in some cases, even “super-diversity” – has brought about a long list of benefits: it fostered the development of new businesses, contributed to establishing new cultural manifestations and even helped with the renewal of entire neighbourhoods in cities. The benefits of integrating diversity have proven to be considered according to extensive research, which has shown that diverse communities, organizations and institutions may enjoy a performance advantage.

And yet, in many cases, this benefit is still misunderstood: diversity is more often seen as a problem to solve or as a danger, rather than an opportunity. As a consequence, in many areas, diversity still has an untapped potential, hidden behind a barrier of misunderstanding and mistrust. This situation is not only unfair; it is self-defeating. In a globalised economy in which success often means the ability to innovate and to let knowledge circulate, not being able to integrate diversity risks heavily damaging the long-term economic well-being of Europe and its ambition to remain one of the biggest and most performing economies in the world.

It is therefore in the best EU’s interest to recognize the value of diversity and learn to manage it correctly, for the benefit of all!

Maurice Crul is a Professor at the Free University in Amsterdam and at the Erasmus University in Rotterdam. He is the international chair of IMISCOE, a network of excellence that includes 38 research institutes in the fields of migration and diversity in 18 European countries: www.imiscoe.org

In the last twenty years, Maurice Crul mostly worked on the topic of education and children of immigrants, first within the Dutch context and in the last ten years in a comparative European and transatlantic context. Maurice Crul coordinated the international TIES project (The Integration of the European Second generation) which involved partners in eight European countries and a survey with 10.000 respondents.

Next to coordinating the TIES project, he was also one of the principal investigators of the transatlantic project ‘Children of Immigrants in School’. With the support of the Russell Sage Foundation in New York, Maurice Crul together with his American colleague John Mollenkopf published The Changing Face of World Cities. The second generation in Europe and the US, comparing second-generation youth in Europe and US-based on three surveys (TIES, IMMLA and ISGMNY).

In 2017 Maurice Crul was awarded the ERC advanced grant for the project Becoming a Minority (BAM) on the integration of people of native descent in majority-minority cities in Europe.

A graduate of Political Science and Political Philosophy from the Universities of Sofia (BG) and York (UK), she has been working at the Council of Europe since 1994, as the head of Inclusion and Anti-Discrimination Programmes at Council of Europe. She supervises teams that design and implement bilateral and multilateral co-operation programmes to enhance the capacity of equality bodies, other public institutions and civil society organisations to strengthen equality and deal with discrimination on all grounds, based on holistic and sustainable multi-stakeholder strategies, with a strong emphasis on gender equality and mainstreaming.

Other co-operation programmes develop comprehensive approaches to tackling hate speech, in partnership between public authorities, civil society and the Internet industry, and involving legislative, judicial and administrative measures, public awareness, self-regulation/co-regulation for media, internet intermediaries and political bodies, and the elaboration and spread of counter-narratives.

In the field of inclusion, the flagship programme is Intercultural cities which provides innovative conceptual and practical tools for local authorities to design and implement comprehensive strategies for migrant and minority inclusion, with a focus on diversity becoming an asset for societies in both social and economic terms.

Antonella Valmorbida is the Secretary General of ALDA, the European Association for Local Democracy, President of EPD (European Partnership for Democracy), coordinator of the Subgroup on Local Government and Public Administration Reform of the Civil Society Forum for the Eastern Partnership. She is also involved in CONCORD, the European NGO Confederation for Relief and Development.

She is a senior expert on local governance and participative democracy at the local level. She developed and leads ALDA, the European Association for Local Democracy, since its creation in 1999. She is among the key experts in Europe promoting and implementing programmes of participative democracy, local democracy and development. She has been engaged in South Eastern Europe and Eastern Europe since 1996. She manages a team of over 30 people and more consultants and a network of 14 Local Democracy Agencies.

She is involved in local governance analysis, project implementation, management and advocacy work in the EU countries, the Balkans, the Eastern Partnership Countries and the Maghreb area. She has extensive knowledge and contributes to policy-making at the Council of Europe and at the European Union level. Thanks to her work and her engagement in networks, she accompanied and supported the development of the UN Sustainable Development Goals and the principle of their “localisation”. She published books and articles of academic level on the topics of decentralised cooperation, local governance and participative and inclusive democracy. She is a senior expert, consultant and trainer for major programmes of UNPD and the European Commission on local governance, democracy, local authorities and civil society empowerment.

Adem Kumcu is President of UNITEE since 2011, Adem Kumcu is a founding member of the New European Business Confederation advocating the interests of entrepreneurs and business professionals with a migrant background at the European level.

He is the founder of Brussels Business Garden consultancy specialized in entrepreneurship, sustainable growth, finance and high-tech.

He has worked for various Commissions of the Dutch Ministries of Foreign Affairs, Education, Culture and Science, and Economic Affairs between 2000 and 2006 and he was a Member of the Board of Advisors of The Oranje Foundation from 2008 until 2010. 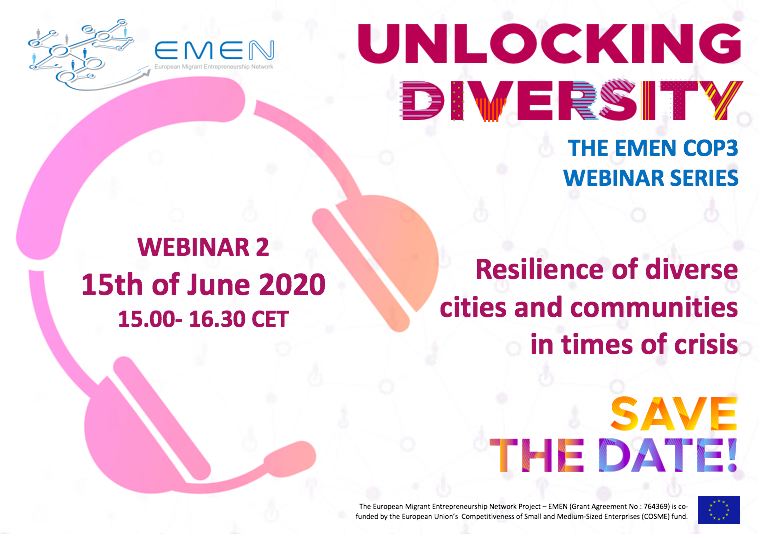