E.M.E.N > News > Integrating Cities Conference: establishing a strong policy dialogue to develop integration strategies for migrants from the local to the European level

Integrating Cities Conference: establishing a strong policy dialogue to develop integration strategies for migrants from the local to the European level

While negotiations for new integration policies and allocation of funds happen most of the time at national and EU level, local authorities are the main actors delivering reception and integration services for migrants and refugees. An exchange of experience and discussion of the most efficient practices between cities, regional, national and EU authorities and the third sector is key for a comprehensive strategy that can meet migrants’ integration needs more efficiently

Opening the Integrating Cities conference hosted by the City of Milan on 7-8 November 2018, the Vice Major of Milan, Anna Scavuzzo, highlighted how cities are the front-line players in delivering integration services. Migration processes start in cities and, due to their mobile nature, very often continue to another city. Thus integration must start in those areas, and at the same time they should be able to build partnerships involving all stakeholders to come up with a coordinated answer. Milan, a city which last year marched for a ‘Milan without walls’ in the middle of a shaken national scene, has made partnership with other cities and local actors a priority, with 23 new working groups created in recent years in the municipality to identify best practices, participate in field visits and attend international meetings for the integration of migrants and refugees.

As pointed out by Anna Lisa Boni (Secretary General of EUROCITIES), the challenges associated with migration and refugee flows are many, and are already widely discussed. Public authorities are unable to accommodate new and diverse flows of migrants under unexpected emergency situations that will surely continue to occur (not only due to conflicts and persecutions but also to the imminent consequences of climate change). There are no long-term strategies for a fully-fledged integration approach for migrants and refugees as citizens of our countries, and not only as potential new workforce for our economies. Economic integration should always go along with social inclusion, housing, access to health and education and civic participation.

Many cities are making a 360-degree effort to improve integration services which has high – and sometimes not only economic – costs, in a context of austerity and a negative narrative about migration. Therefore, a collective effort through which all actors do their part is essential. It must acknowledge the global dimension of this phenomenon to better understand the regional and global context in which it occurs, while ensuring that the funds are accessible to those who need them on a daily basis.

This cross-level cooperation (from EU level, to national, regional and local decision-makers), which is intrinsic to the European integration process, seems to be the main barrier to a successful use of all the resources available. Both Laura Corrado (Head of Unit Legal Migration and Integration, Directorate-General Migration and Home Affairs, European Commission) and Raquel Cortes-Herrera (Deputy Head of unit Disability and Inclusion, Directorate-General Employment, Social Affairs and Inclusion, European Commission) remarked that EU funds for integration through programmes such as AMIF and ESF are available and are actually not being used completely because they do not reach the local level. They expressed how the European Commission sees cities as structural partners for integration, since migration and asylum in the EU are mainly an urban phenomenon, and that in the future they aim to have a more structural relationship with cities on integration and migration.

Professionalisation of the arrival services on the one hand, in order not only to save lives but also to create conditions ensuring the fast identification of those in need of protection, and post-arrival services in the other hand, so that integration happens from day one, are some of the essential elements which still need additional effort at all levels to guarantee social cohesion and avoid radicalisation, according to Olivier Onidi (Deputy Director-General, Migration and Home Affairs, European Commission)

But what efforts have many other EU cities undertaken towards migrants’ integration? In the framework of the Integrating Cities Charter process launched in 2010 and the ‘CITIES GROW project – Cities integrating refugees and migrants through work’, co-funded by the European Commission’s Asylum, Migration and Integration Fund (AMIF), EUROCITIES has developed a platform aiming to encourage city-to-city dialogue and to create a common space where European, national and local experts and decision-makers in policy areas crucial for the integration of migrants can meet.

Thirty-nine cities have already signed the Cities Charter, with the last two signatories, Thessaloniki and Turin, putting pen to paper during a ceremony at the Integrating Cities conference. The charter lists specific commitments for European cities in their roles as policy-makers, service providers, employers and buyers of goods and services, to provide equal opportunities for all residents, to integrate migrants, and to embrace the diversity of their populations.

During the ceremony, the Deputy Mayor of Thessaloniki spoke about the steps it has taken to embrace the charter’s recommendations, such as creating shelters for asylum seekers, and taking part in the Arrival Cities Urban project network. Through this, a stakeholder group of more than 40 people in the city has been established and a Memorandum of Understanding has been signed with 10 other Greek cities for the integration of refugees which now has a €1 million budget. 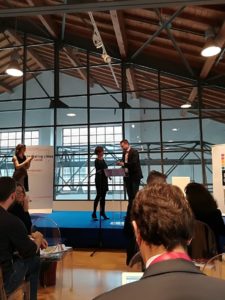 In the Greek context, the Solidarity Cities initiative for the better management of the refugee crisis, proposed by the Mayor of Athens and launched in the framework of the EUROCITIES network was also mentioned. This initiative is open to all European cities wishing to work closely in the field of refugee reception and integration and is structured around four pillars:

Spain is a country that in recent years has experienced a large increase in the influx of migrants, not only through the southern border route with North Africa that currently hits the headlines almost daily, but also because of the rapid increase in asylum seekers from Latin America, notably Venezuela. The Commissioner for Immigration, Interculturality and Diversity of the City of Barcelona, Lola Lopez, urged her fellow politicians to stand up and be brave, to move from the narrative of migration as a social and economic problem to the notion that we are speaking about mothers, fathers, workers, children. People living in a city must be able to access public services on the same terms as the native population. In this sense, Lola explained that in the SAIER (Service Centre for Immigrants, Emigrants and Refugees in Barcelona), civil servants working on the reception of migrants are previously sensitised to better interact with this group and not to ask what their immigration status is. As long as a person is registered in the city (no matter what her/his background or origin is), they grant access to all municipal services. To guarantee equal access to public services in the city is essential to avoid segregation. 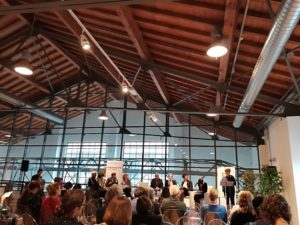 This need for political courage and, above all, to fight wrongly-founded misperceptions of migrants and refugees was the most often repeated and most powerful message of the entire two-day event.

Among the large number of projects and best practices presented during the conference, an initiative which aims to be a strong weapon to fight such misperceptions is the Inspiring Data on Migration – Knowledge Centre on Migration and Demography of the European Commission Joint Research Centre (JRC) presented by Charlina Vitcheva, Deputy Director General of the JRC.

The JRC supports cities in the implementation and evaluation of their policies towards migrant integration by providing them with scientific evidences and knowledge. Additionally, these findings have as their main objective to bring accuracy to the migration debate in order to counterbalance the growing negative perception some people have towards migrants and refugees.

To have actual data on aspects such as segregation in different urban areas or how the integration processes of different third-country groups have been evolving over the last decades is essential. As Thomas Fabian, Leipzig’s Deputy Mayor for Social Affairs, said to the audience, if we want to fight racism and xenophobia, we need to understand where these feelings come from to know how to better answer them.

Clearly the publication of new statistics and other evidence-base data alone will not counter the rising populist movements the EU and other countries of the world are experiencing in recent years.

Namaring Abkr, member of the European Migrant Advisory Board, remarked how public authorities need to work closely with all their neighbours’ initiatives, go where the integration processes take place – where citizens interact and live together, listen to people and involve migrant and refugee associations and representatives not only to sit and take part of the sessions but to be heard and consulted, to give them a voice during decision-making processes which directly impacts on them. 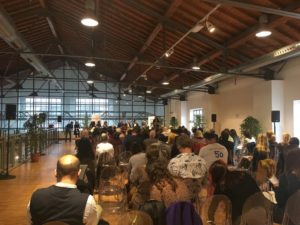